No!!! 5 Ways To Minimize Tourist Trash 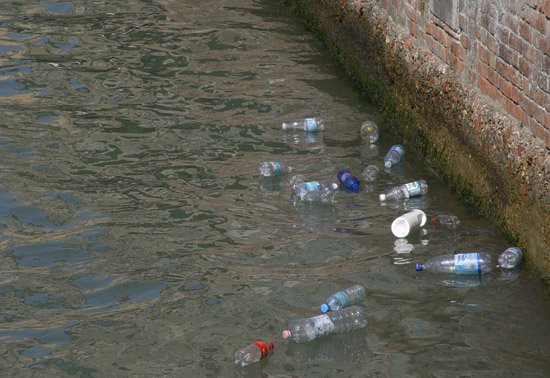 It’s a bit sad that while on tour you’d see how much tourist trash accumulates in Venetian waters. On a brighter note, they all come up to on one side, it’s easy to scoop them out….Really though, how can tourists and local alike be of no concern?

Venice is charming, with its old architecture and intrinsic character, the little dirt here and there is an addition. Tourists though should be responsible for keeping trash away from the waterways, streets, and beautiful beaches. And here’s hoping it will be the same for every city. Sustainable tourism scopes a wide concept, being a responsible tourist may sound just a little part of it but it surely will benefit a lot.  So let’s list some ways we can do to ease the problem of tourist trash. 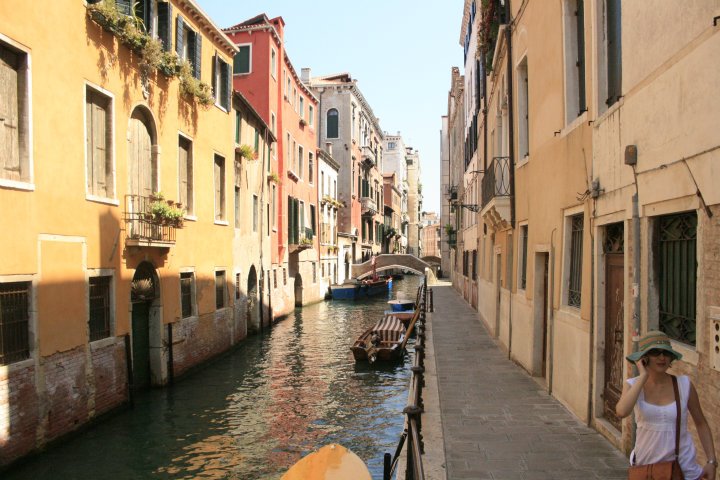 Reusable bottles are not only environment-friendly, it also makes you spend less on water, sodas in cans, and other bottled drinks. Refilling your reusable bottle with potable water will save you $ in the end. While, not all cities provide water for tourists, you can always refill from your hotel before heading out.

Retractable cups are also a good option, it doesn’t take much space on your bag. If you are travelling with someone else, bring a bottle and use the cup so you can share. Buy your  retractable cup here.

2. Choose to Dine-In than To-Go

Eating in means no wrapped up food, nothing to carry with you, and nothing to throw away later. The idea of eating faster to see more of a city shouldn’t be. Food is after all, a part of a city’s culture. Enjoying the food where you’re at is also a must when travelling.

Bamboo toothbrushes have long existed but only gained wider popularity in recent years. Although not all the bristles used for such can be entirely recyclable, there are products that use pig hair but these ones can become a breeding ground for bacteria. Thus, there will be a compromise for using toothbrush with bamboo handles. 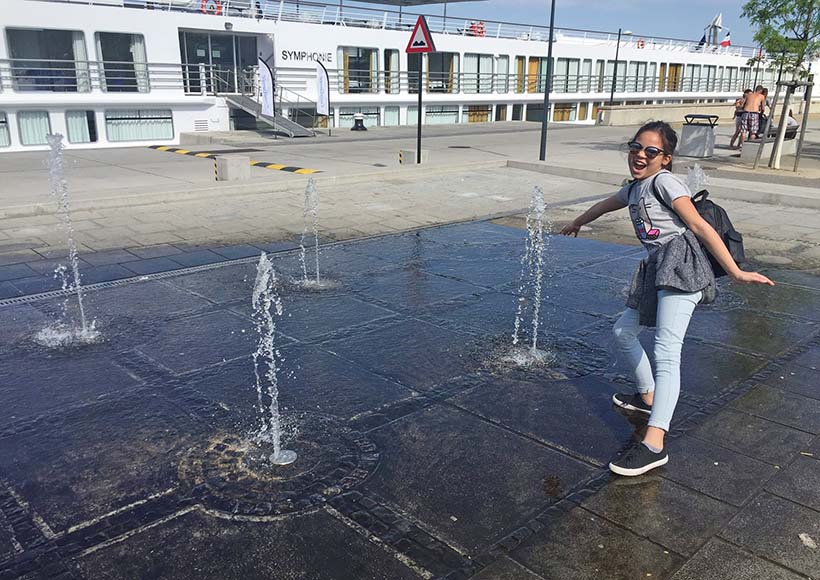 Not potable water in this photo, but Vienna has water fountains for tourists.

Supermarkets tend to double-wrap things. Sometimes, you buy an apple encased in a protective plastic, then you put it in a small plastic bag, and now you have two types of trash to put away. Bring eco-bags with you all the time. This is something I do even everyday so whenever there’s sudden need to buy stuff, I have extra space to put them in.

Banana leaf wrappers gain attention when tourists in countries like Thailand and the Philippines shared photos of them. This is seen as another possibility to use to lessen plastic problem. Although this has been a practice in the Philippines where the leaves are also used as plates, even when cooking rice delicacies.

Cities install garbage bins around for proper waste management. Though there are other cities that do not handle their trash well, it doesn’t mean that we as tourists will follow suit. If there are no bins available around, bring your trash back to where you are staying at and dispose them there. Putting your trash back in your bag for disposal later on costs nothing.

Segregating garbage is also another way to lessen the problem with tourist trash and trash in general. If there’s trash bins for papers, bottles, biodegradable items, then by all means, please separate. 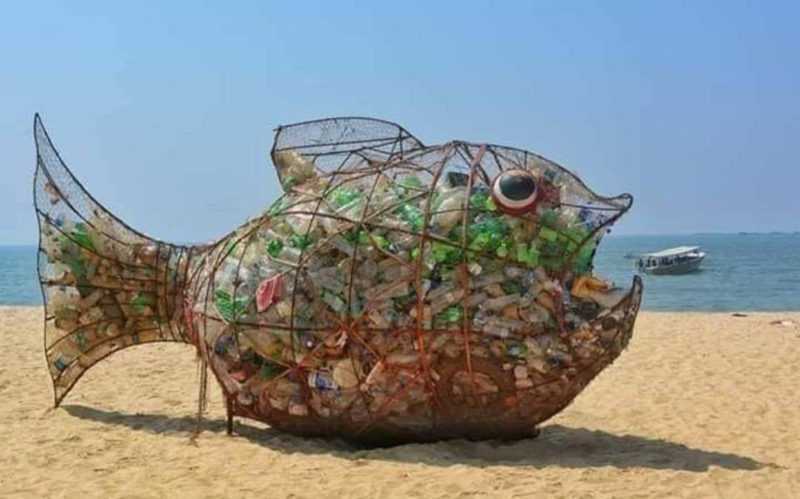 There’s a giant fish called Goby placed at a beach in India and it is being fed with plastic bottles that has helped minimised polluting the shores.

Learning About Language and Culture through Travel

Aw..
You’re right, if the trash in river Pasig is just this few, it’s easy to remove it. Tood bad that it isn’t.

People should throw their trash in the trash cans and pay more attention on making the surroundings clean.