Charming, that’s how I’d define the Hellbrunn tour. The Wasserspiele stint was a really fun experience and I thought that it’s just all. So we went out into the back garden of the palace (Ziergarten) after the games. What I didn’t expect would be seeing two opposite scenery perfectly complementing each other. It’s like looking to your left and all you see is spring, there would be the blue skies and cotton candy clouds, lush greenery and perfectly placed flowers in different colors.  It’s like looking to your right and summer is saying hello, almost like inviting you to jump into the pond – that after the long and bitter winter we’ve gone through.

It’s unfortunate that we were’nt able to explore what’s behind those trimmed bushes. I saw what seemed to be a tower peeking out of the greens (below photo, right). If I’m not mistaken, it would be the Monatsschlössl – translates to Month Palace – a Folklore Museum holding Salzburg’s folk culture and other traditional mementos of the city. It was named so as legend says it was made within a month’s time.

There were 2 unicorn sculptures at the garden said to have been erected in 1700. They still stand there today, along with 2 obelisks, proud and mighty by a path that leads back to the villa.

Looking at the facade, who would think this villa is 400-years-old? Built between 1613-1619 under the rule of Markus Sittikus von Hohenems, Prince-Archbishop of Salzburg  near Morzg, south of Salzburg. Hellbrunn means clear spring (hell = clear/light, Brunnen = fountain, well), thus the palace was named after the clear body of water at the palace grounds.

The rectangular court still holds festivities seasonally with the adjacent building now serving either as a chapel and the other,  restaurant. A double-sided staircase welcomes visitors to the mansion’s entry hall. Below this staircase is a grotto designed by Italian architect Santino Solari, the same architect who designed the interior dome of the Salzburg Cathedral.

To date, the three-storey mansion houses a museum, with the furniture, paintings and other things as old as antiquity preserved and displayed for those curious as how life might have been back then. But, the mansion is actually a day residence so there were no bedrooms whatsoever. The Archbishop and his contemporaries mostly held parties and games and would go back to Salzburg in the evening, thus, the lack of sleeping quarters.

Left, you can see how this little companion of ours (my son) was so behaved at listening to the audio guide device, intently so and keenly looked at the paintings with much interest. (Must take after me – I once dreamt of becoming a curator too ^_^). Right, I’m not so sure now if it’s a stove or heater, its intricate design so impressive, made me forget (lol).

As with other palaces in Vienna, the interior has been well kept as the valuable it holds. Most outstanding would be the Festsaal or ballroom/party hall. It is painted on the walls (presumably by Arsenio Mascagni, an Italian painter)  with fully rich allegorical representations  extending to a vaulted ceiling.

While touring around, I can’t help but look out the windows. Out of curiosity perhaps, I clearly saw how the mansion was strategically placed within a spacious ornamental garden and a landscape with a magnificent view. Below, you can see the courtyard, called Ehrenhof or court of honor, with a pavilion stretching out as far as the eye can see down to a lush green and up the mountains. 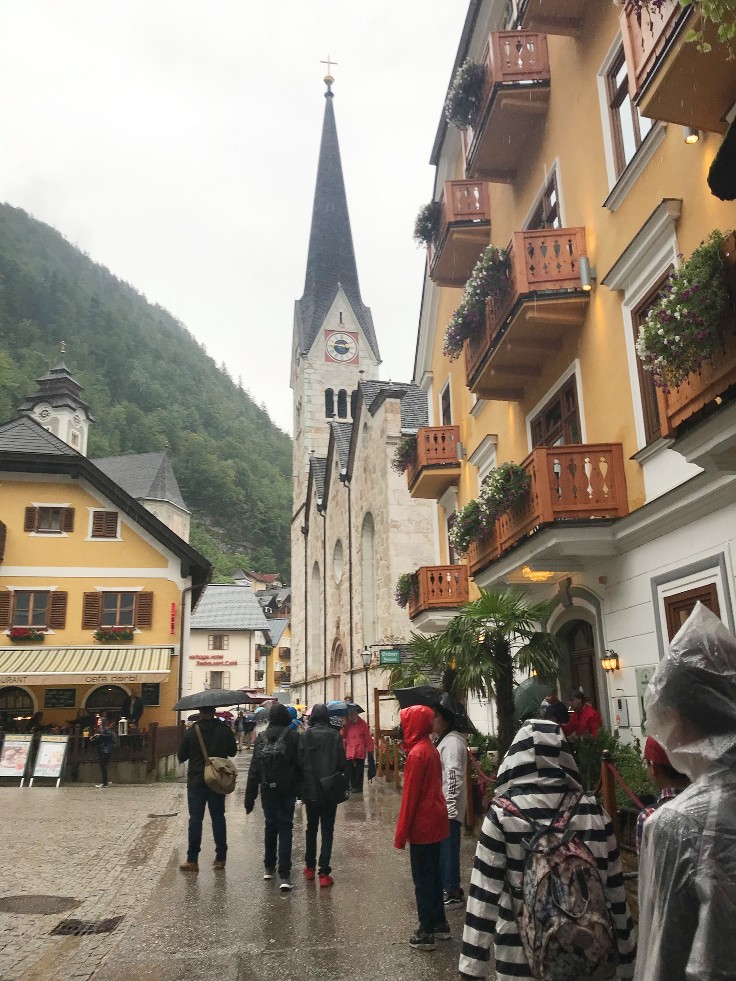 11 Best Things To Do In Hallstatt Austria
City Quest 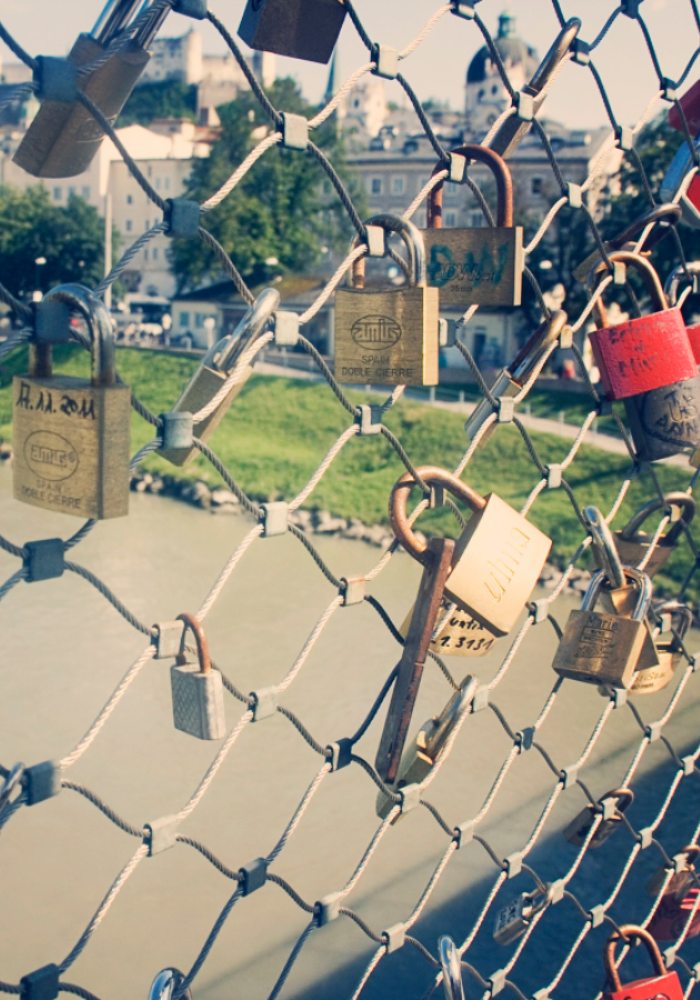 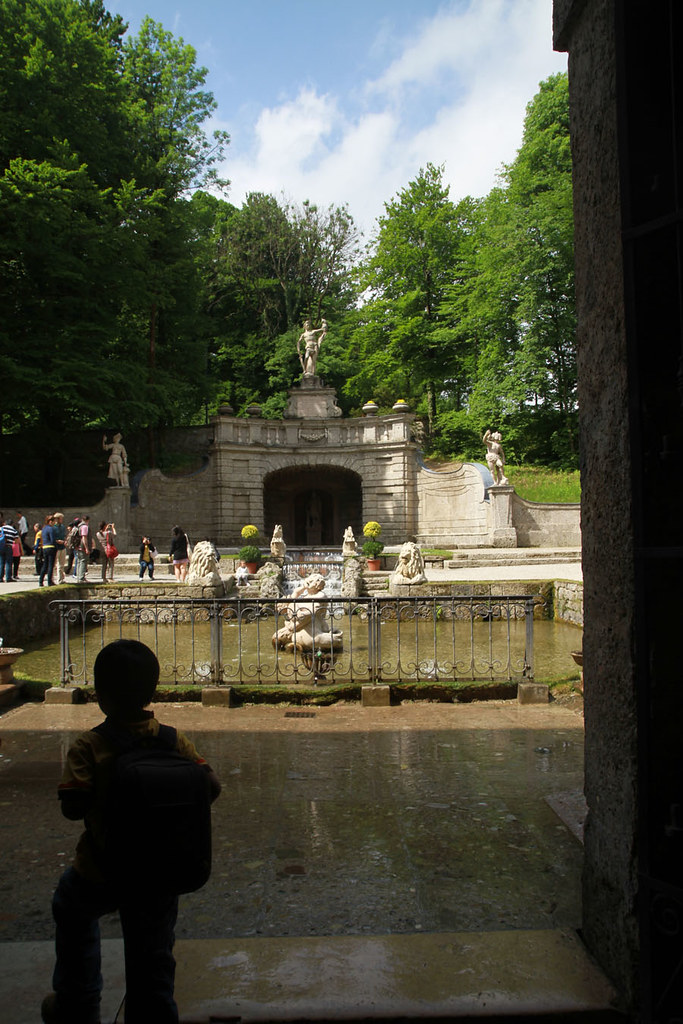