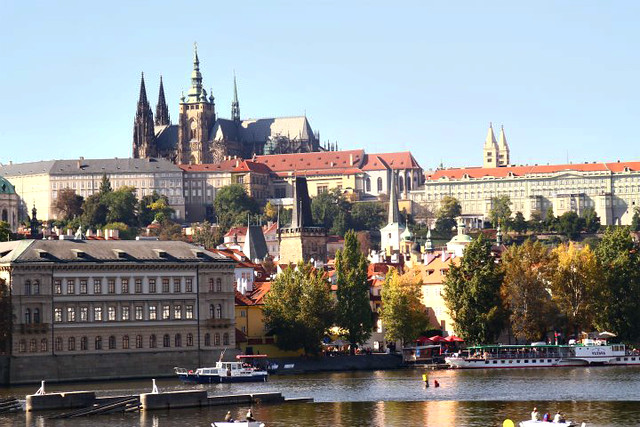 Prague was not without a lot of walking about on cobblestones, going up hills and walls and admiring the view of adobe and red brick roofs which would have been more beautiful if laden with snow. But I won’t really complain since it would be difficult to go about if the streets and hills are covered with snow too…Above is a view of the Malá Strana from other side of the Vltava River. A big church’s two bell towers are visible and this church is located at the Vysehrad Fortress, our first stop on Saturday morning.

Our hotel was at the city center so we had to take two train lines going to Vysehrad. From the train station we walk a good bit down to the fortress which was very peaceful. Going about, we ended at the  Neo Gothic Church of St. Peter and St. Paul, built already in the 11 th century by the first Bohemian King Vratislav II. The church is characterized by two identical towers (in photo was shot from behind). These are just two of the hundred of spires that comprise Prague. 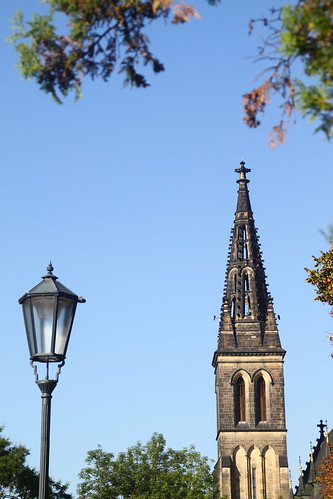 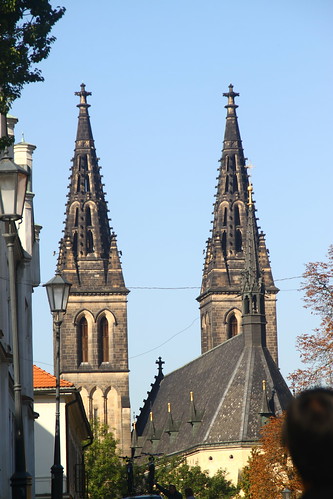 What was surprising here – for me at least, was the cemetery adjacent to the church. The Vysehrad cemetery is  the final resting place of many Czech composers, artists, sculptors, writers, and known figures from the world of science and politics. I hadn’t read about this particular spot when I was looking for itineraries to list down before our visit. Then there, just by the entrance was Jan Neruda’s grave. It was from him that Chilean poet and 1971 winner of the Nobel Prize in Literature Neftalí Ricardo Reyes Basoalto took his pseudonym, more popular with it actually – Pablo Neruda, one of my favorite authors.

Walking at the Vysehrad and the Mala Strana, one feels as though Jan Neruda’s Povídky malostranské (Tales of the Little Side) came to life. Other known figures in the cemetery I’m familiar with were Antonín Dvořák, and Alphonse Mucha. 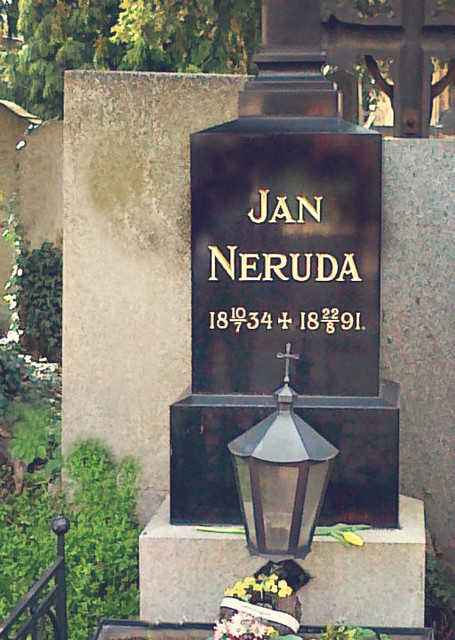