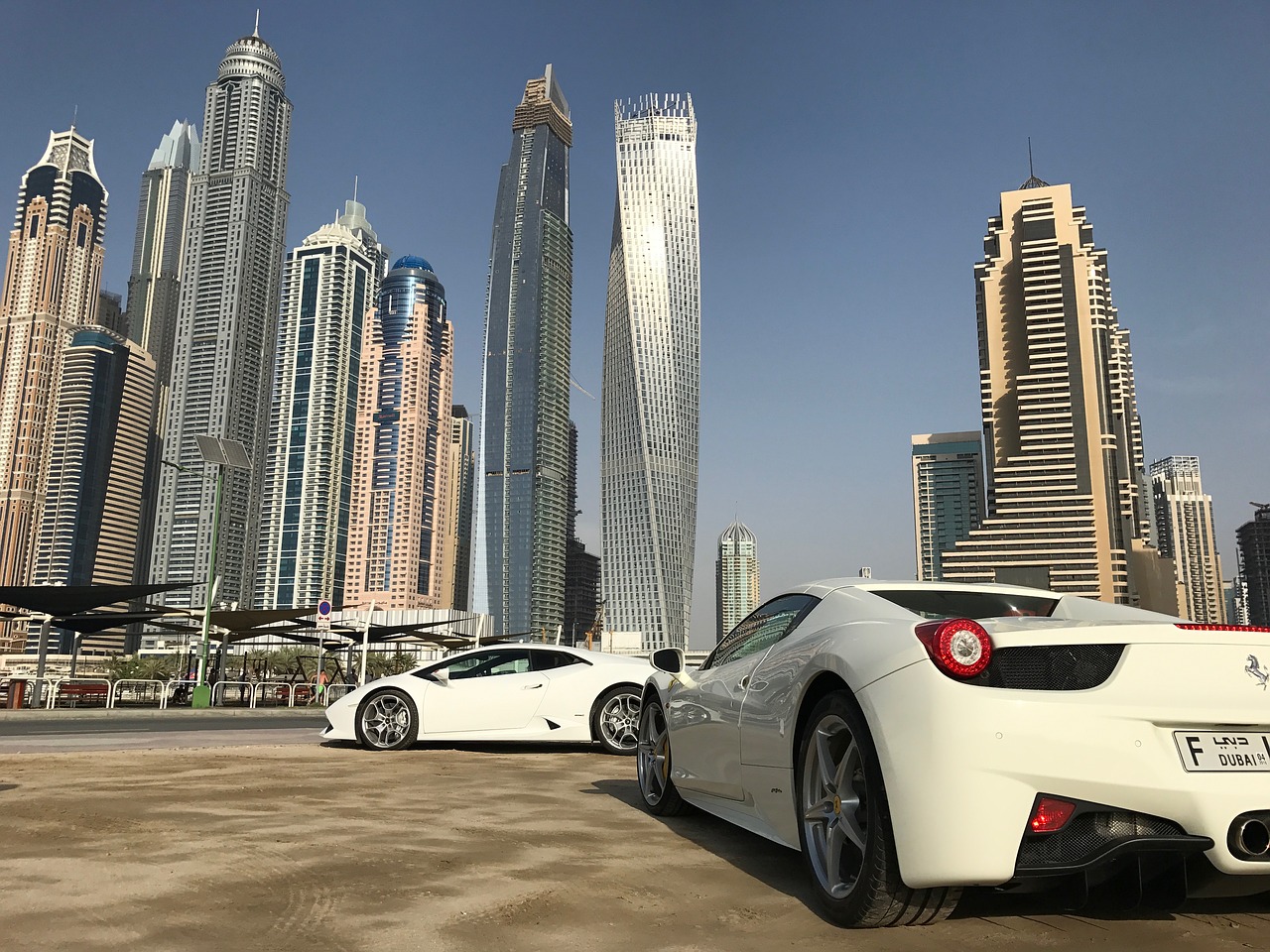 You like fast cars but you only get to see them on Top Gear. What you really want is some kind of car utopia, where it’s normal to see a Lamborghini or an Aston Martin out on the streets and where the infrastructure and industry reflects a deep passion for beautiful machines. Well my friend, welcome to Dubai.

Our first hotspot starts on the streets. Why? Well where else in the world a fleet of supercars be owned by the police, patrolling the streets? With a Lamborghini Aventador already in their inventory, it was recently announced the motorheads at Dubai Police had made another small acquisition. A Ferrari FV no less, costing around £350,000, and capable of speeds exceeding 200mph. Audacious extravagance maybe, but surely the cops need something fast catch all the boy racers out there.

Strictly speaking supercar spotting at the Dubai Mall has now been sadly banned but security will only approach you if they identify you as a supercar spotter. So for supercar lovers that means hiding your camera, wiping the drool from your chin and realising a nonchalant swagger, as if being 10 feet away from a Pagani Zonda is a normal daily experience for you. As for getting there, the Dubai Mall is the world’s largest of its kind with 1200 shops. In other words I don’t think you’ll need directions. 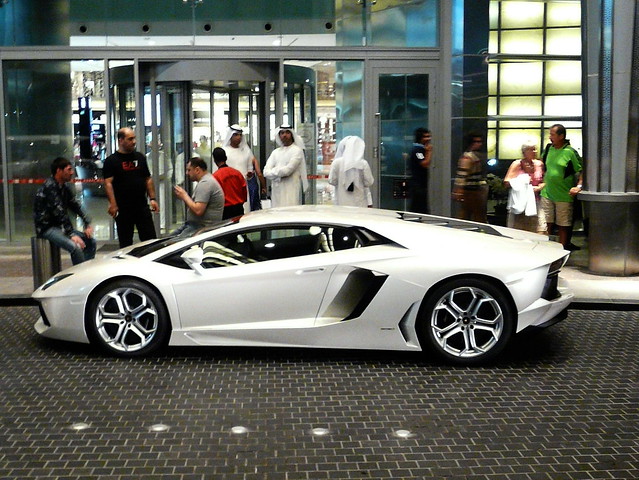 Top Gear say it’s the best supercar dealership in the world and they just may be right. Owned by Abdullah Al Ketbi, Alain Class Motors has a showroom of cars that have a combined, mouthwatering value of £80 million. A car enthusiast and collector since 1992, with 18 Ferrari’s in his inventory, some Maserati’s, several Lamborghini’s and one of the fastest cars in the world, the Koenigsegg Agera, it would be an understatement to say that Abdullah Al Ketbi likes cars. Like many others in Dubai, there is nothing else that impresses him more. Alain Class Motors main property is a 10,000sq foot showroom located on Sheikh Zayed Road.

All this talk about Koenigsegg’s and Ferrari’s must have put the thought in your head: I’d love to drive one. Well you can. It would be foolish to think the locals would have missed out on that one. There are a number of luxury car rental spots all over Dubai. Lane Luxury Car Rentals is popular, based at the Al Naboodah Building, near the centre of Warson 1. With a fleet including but not limited to Bentleys, Ferraris, Lamborghinis, Porcshes and Audis, there is something for everything. For pricing just sign up to their mail list.

The Dubai International Motor Show, which runs between 5th and 9th of November is the largest of its kind in the Middle East. Who’s it for? The sort of people in Dubai that like to buy cars. What does that mean? Supercars. Lots, and lots, of lovely supercars! With over 150 car manufacturers participating from 30 different countries, there is plenty on offer. Even better, there’s an event that takes place two days earlier in Abu Dhabi, about 100km away. The Abu Dhabi Grand Prix, on the 3rd November.

This is a car lovers dream holiday and if you’re thinking about planning trip to Dubai, it doesn’t have to cost a fortune to get there. You can use a flight finder tool like www.momondo.com that will pull the prices from hundreds of sites so you can pick the best deal for your budget. It’s also possible to find a good deal on top accommodation of you book way in advance or at the very last minute.

Author Bio: David Bell is a freelance writer and blogs about interior design, food, travel, art and culture. Follow him on Twitter @DavidBellWriter

Top 5 Things to See in Tangier 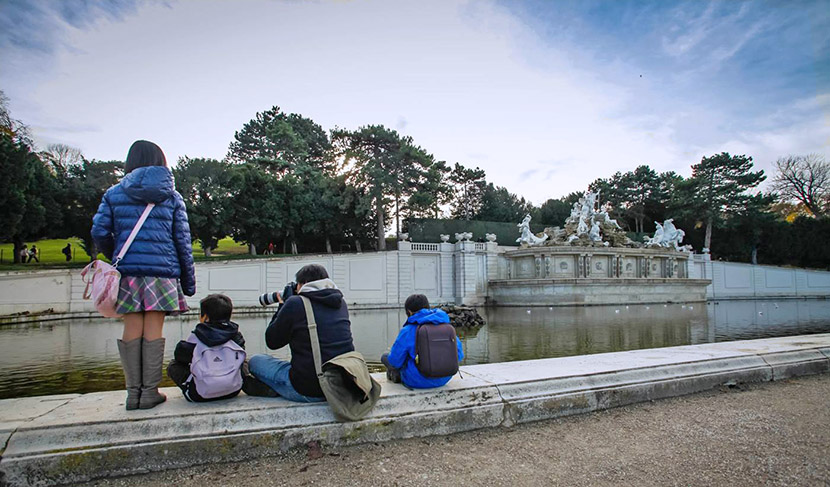 Smooth and Easy Road Trips for the Whole Family to Enjoy 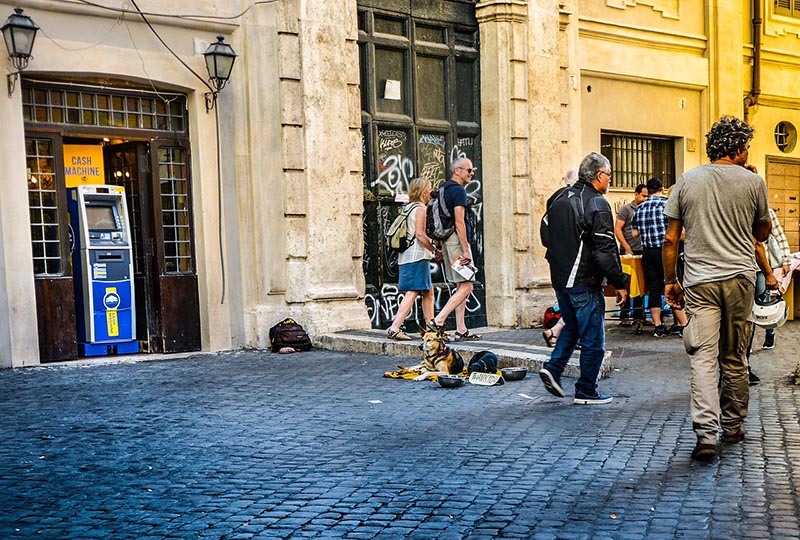 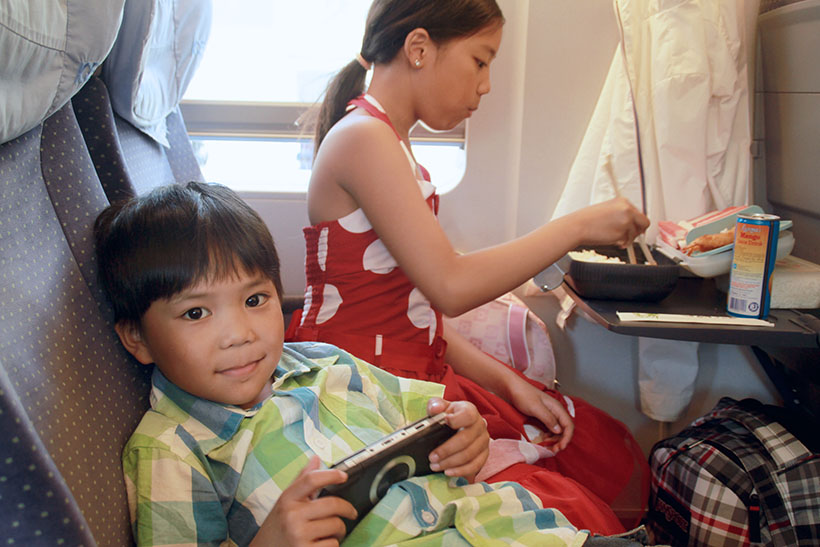 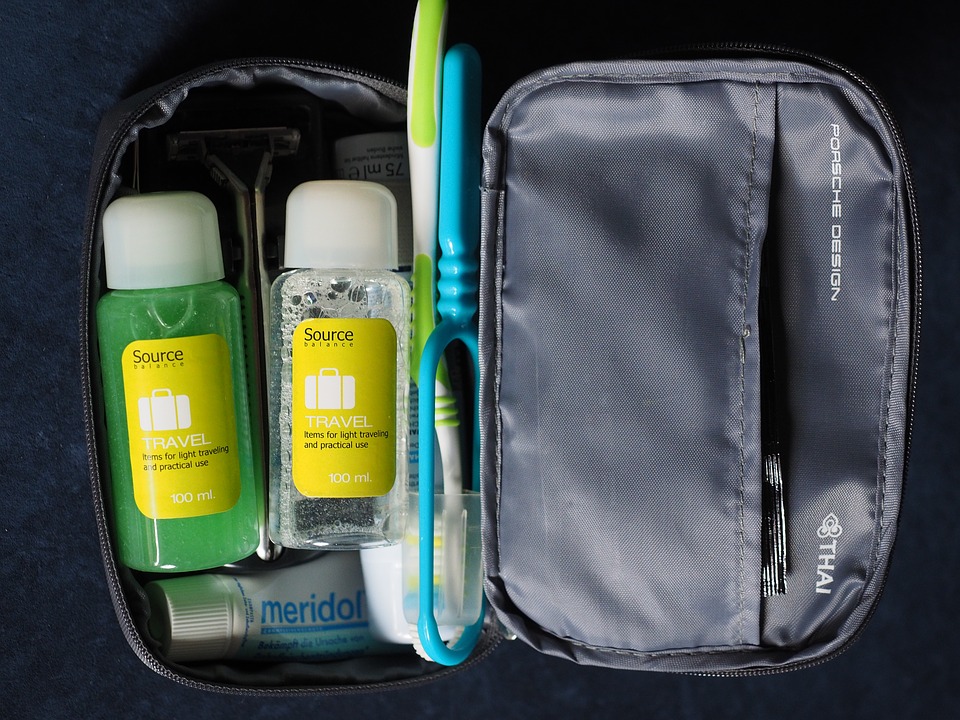 Travel Light on a Full Itinerary with Mini Travel Essentials 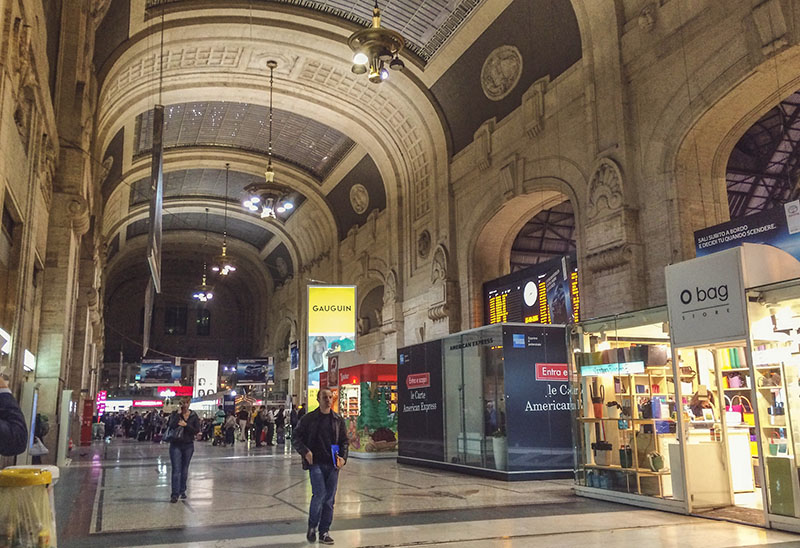 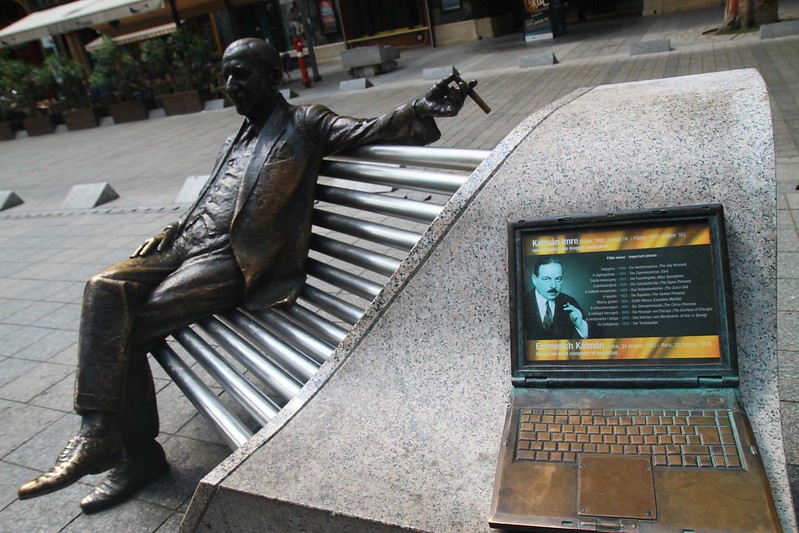 Don’t Let Language Barrier Stop You from Enjoying Your Trip 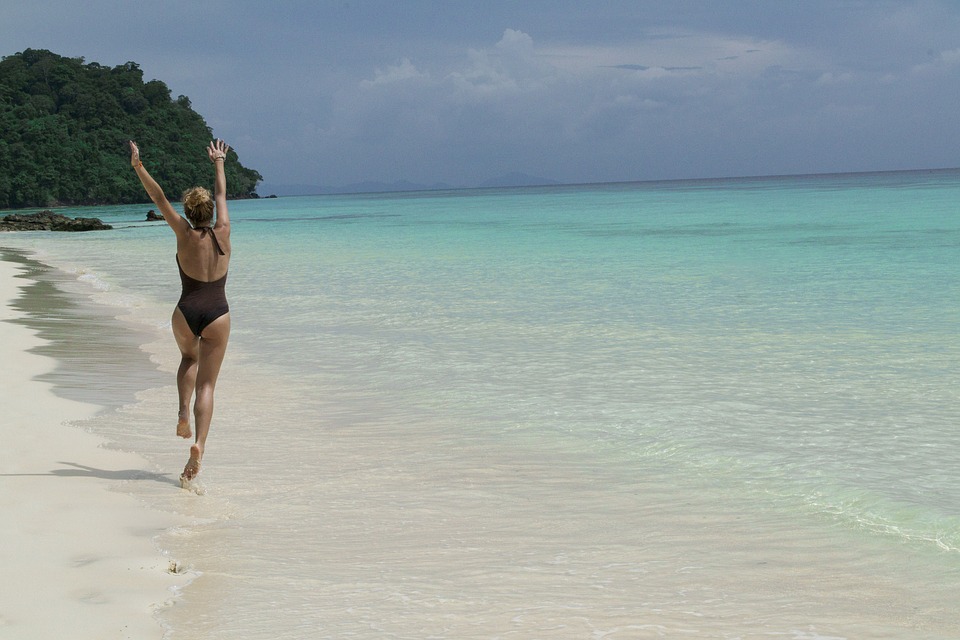 Nice! I was especially surprised with the police sporting those really expensive cars. Anyway, I may not have plans of visiting Dubai yet. But I will definitely check out momondo.com for a great deal and future trip.

I like to have a supercar and yes, cops should have supercars too so they can chase those who are overspeeding.

I am afraid those supercars could speed my budget out of my pocket, lol! Seriously, they are really great vehicles but I would rather find a more cheaper car service when I visit Dubai.

Wow, super cars are really amazing and very expensive and its really cool when someone owns it.

I’ve heard from friends about the supercars driven by the police. It’s fascinating to see these supercars turned into police cars. Will this ever happen in the Philippines? haha

Da*n! that must be really utopian! what i often see here in Phil are only Chrysler, porsche,mustang, audi..

wow, our local police sure could use one of those supercars. it will be most ideal to chase criminals + crooks! have not been on any motor show, but if plans push through, i might just be able to attend my very first one next week. hopefully a lot of cool cars will be on display there!

Geez, the Dubai police force have a Lamborghini and Ferrari in their system? Wow! I wonder who gets to drive those sweet rides? Surely not for the traffic police?

Wow the police driving a Lambo? Wow that’s craziness!!! I love fast cars and wish I had one!

the offices there must have a BIG spending budget!

Supercar spotting is banned at the mall? How crazy!