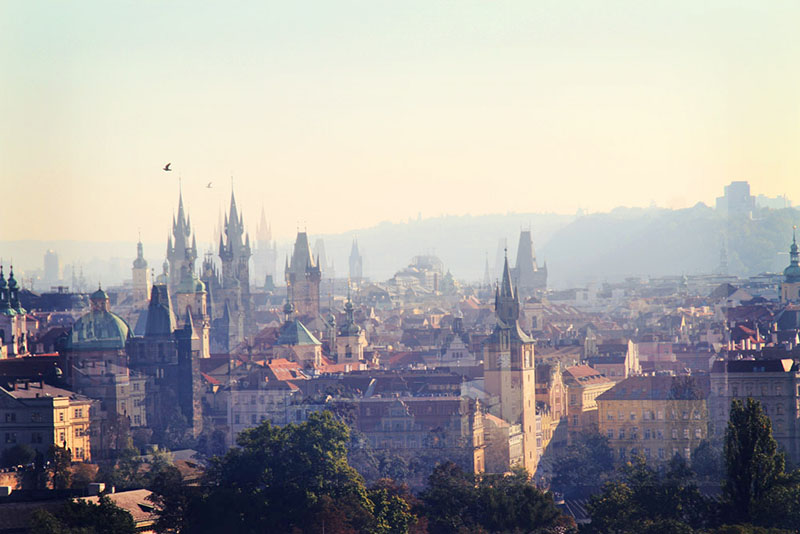 On our last day in Prague, hubby and I got some “we” time as we went to see the Petrin lookout Tower and view Prague, its spires and charms under the basking sun from above. The kids not being with us, were left to swim at the hotel with their grandmom,  it doesn’t happen too often.

It was not like the other landmarks in Prague we saw which were a stone’s throw away from the hotel. We had to hop from a tram to another and walk uphill to reach the observation deck.  There’s actually a funicular (cliff railway) that can take visitors up easily but yes, we did it the hard way.

Up the Petrin Hill

Going to the tower by foot means a bit of trekking for us. There’s a path on the hill that has been considerately made for those wanting to see the tower with a bit of adventure…or sweat. The hill was full of mini-fruit trees – apples and oranges on its slope. 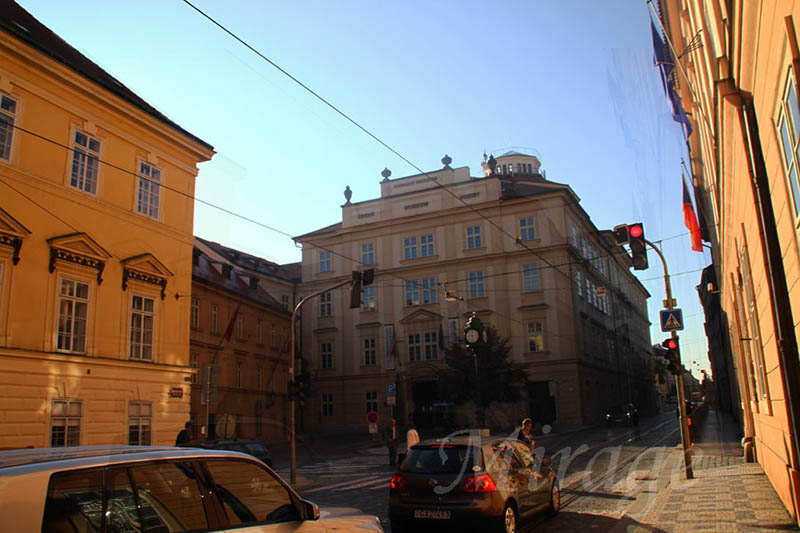 Halfway through the hill, there’s a bit of clearing with some benches were one can rest and partially enjoy the view of the city of spires. Hubby and I took that chance to replenish ourselves, we realized that biking over the weekend and playing basketball and tennis at times helped in building our stamina. We took some shots but we were against the light, hence, we ended up with not so flattering photos.

The sun was surely sunny that morning but the wind was intimidating too, we walked up with our cardigans still. The trek was a curious one as you can easily clear paths and then there’s the stairs. I can’t clearly remember if the stairs stretch down to the foot of the hill or if it starts from where we found it. :/ But it would definitely have been easier to go up there than on pure soil. lols.

Being on a hill, the tower is naturally surrounded by trees. Going up, we noticed big stone slabs with numbers…if I’m not mistaken these are what Catholics call stations of the cross. Prague is mostly a Catholic nation having been the seat of two Holy Roman emperors and also the capital of the Roman empire. Thus explains too the city’s nickname, “City of a Hundred Spires.”

Upon reaching the top of the hill, there’s a lovely pink church which is perhaps why there are those stations of the cross along the way. I learned that this is t he Cathedral of St. Lawrence.

The Petrin Lookout tower  is a 60 metre high steel framework that resembles the Eiffel tower albeit smaller and has a different structure. Despite, it being situated on a hill gives it a higher altitude than the Eiffel tower. Thus, we could say going up was like walking up the Eiffel tower or opting out the lift.

We arrived just in time for opening, yeah it took half an hour up the hill and the tower opens at 10, just perfect. There’s an entrance hall in the entire base selling whatnots, an information and ticket booth and a small café and on the lowest level still is a small museum of Jára Cimrman, a Czech fictional character presented as one of the greatest Czech of the 19th and early 20th century. I forgot how much the entry fee costs as we had to pay in Euros as we have no Koruna at the time. We could have walked up the stairs but we opted for the lift this time. ^_^

Atop, Prague’s skyline of red roofs and spires is like bathing happily in sun rays.  Up there looking down, one can see the historic Hunger wall, a medieval defense wall built sometime in 1360. Hladová  means hunger because the wall was built to employ the poor and feed them…thus hladová zeď has become a Czech euphemism for useless public works.

Hubby and I spent quite some time up there just enjoying the view from the Petrin tower, the spires, the Vltava River, bridges, the greenery…of course, it would have been better if it’s winter as the red roofs are partly covered with snow…it’s surely a picturesque view. 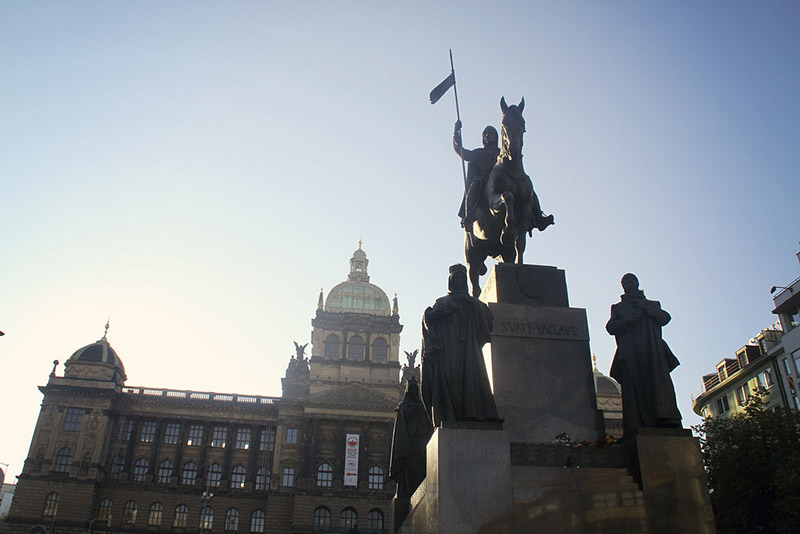 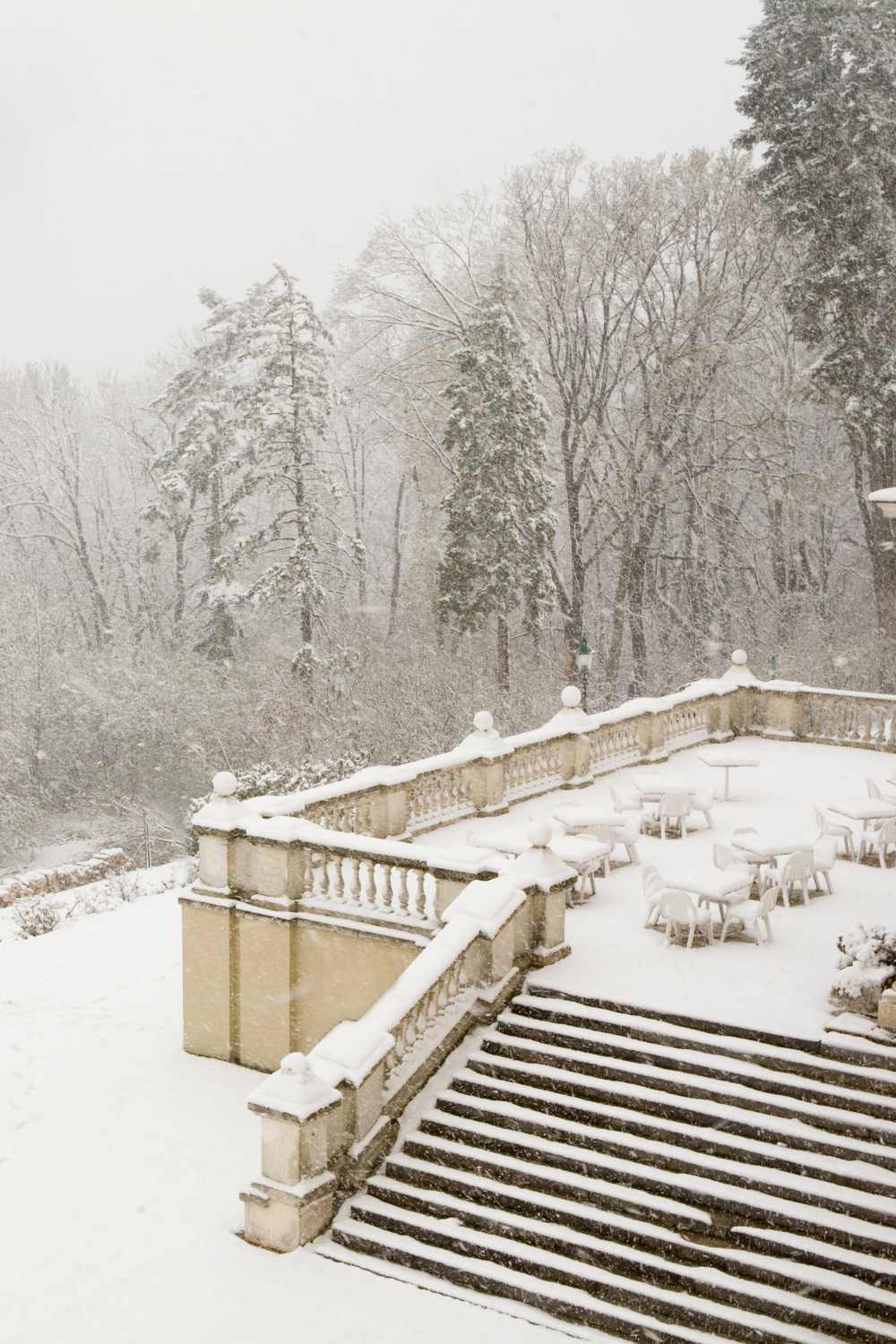