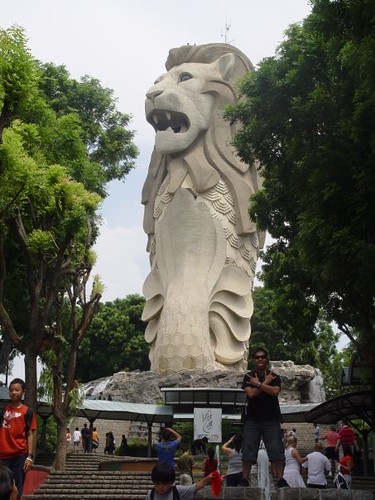 There are five Merlions in Singapore, that are recognized by the STB (Singapore Tourism Board), they are as follows:

For our three-days stay we were unfortunate to not see all the merlion statues. So here are three different views of the giant replica at Sentosa Island. Isn’t she lovely, glowing in purple shade at night? 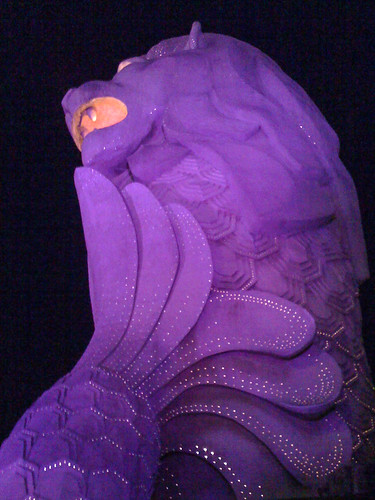 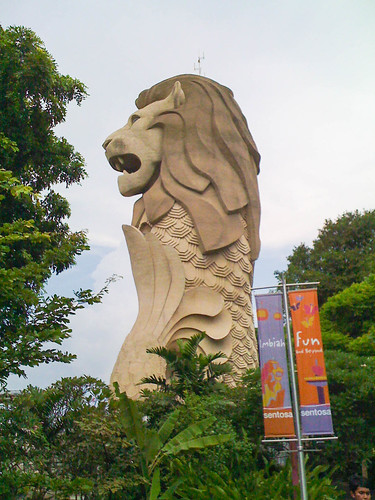 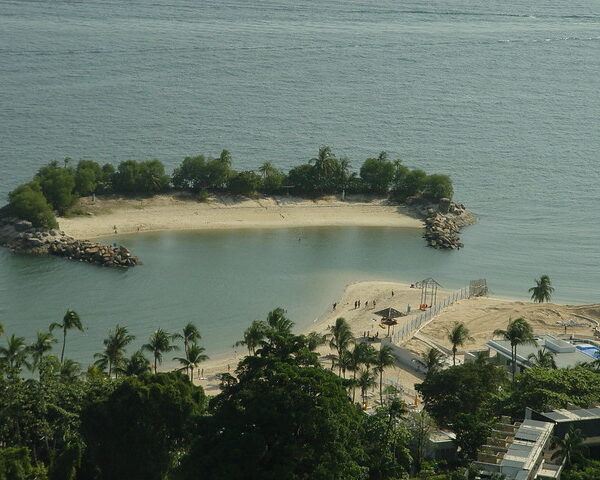 Singapore – Palawan Beach
When in line for the Cable cars remember… 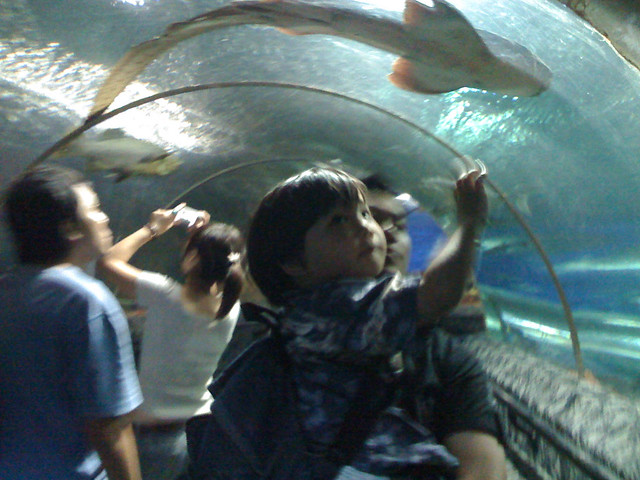 When in line for the Cable cars remember…