One of the most popular tourist destination in spring (and whatever season) in Vancouver is the Butchart Gardens, a vast area of floral displays that will surely captivate every nature lover. It is also one of Canada’s National Historic site. Walk here and there, look that way and this was and you’ll be sure to see nothing but beauty!

The Gardens started out as a quarry…Husband and wife Robert and Jennie Butchart were cement manufacturers and because of rich limestones in a certain area in western Canada, they settled there and had their home built near Tod Inlet at the base of the Saanich Peninsula on Vancouver Island. When the quarry was exhausted, Jennie have it built into a garden which took more years to finish. It was named the Sunken Garden for the area’s caved in appearance as a result of quarrying activities. 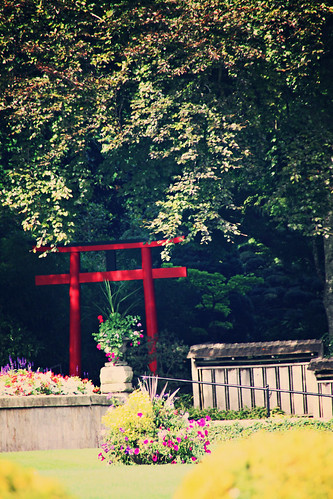 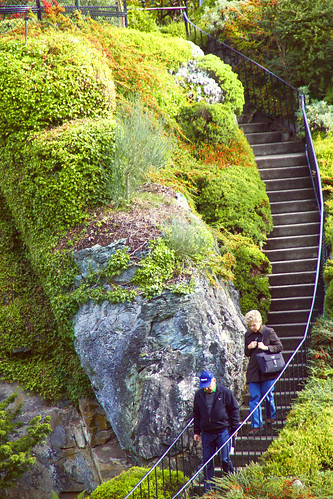 Through the years, a lot more installations and garden sets, displays were added. A number of garden designers and landscapers lent a hand to what is now the Butchart gardens. Above photo shows stairs leading down to the Sunken Garden and a Torii or Japanese gate. There are many works of Japanese designers; there’s a donkey and foal  near the Butchart’s residence and a fountain statue of three sturgeon near the Japanese garden both by Sirio Tofanari.

Isaburo Kishida, considered as British Columbia’s pioneer Japanese landscape designer, was commissioned by Jennie for a Japanese garden in their estate back in the 1900’s. 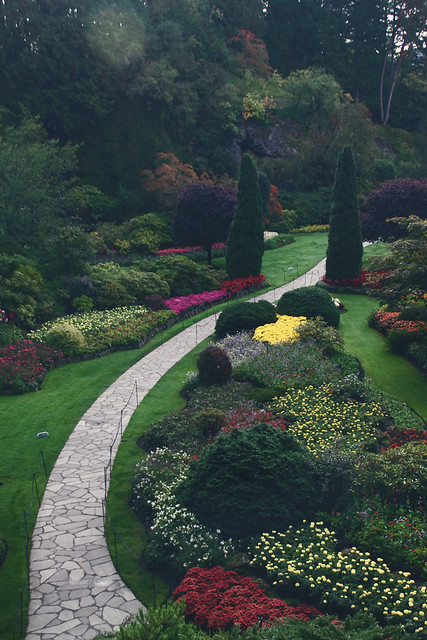 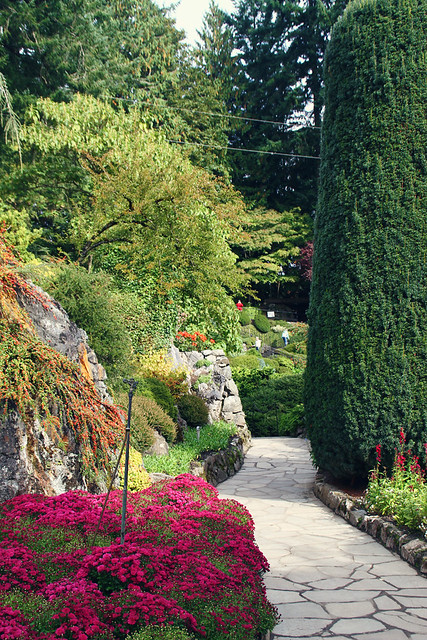 Robert was also known for collecting birds. The Star Pond has to this day ducks in them, there are peacocks in the lawn and it was said that Robert had trained pigeons abound in the area too. For which flying animal and insect wouldn’t be happy in such a garden laden with beautiful flowers, luscious greenery and  abundant water?

There are probably a thousand type of flowers in the garden and for landscape photographers and macrophotography enthusiasts, the place is surely: heaven! 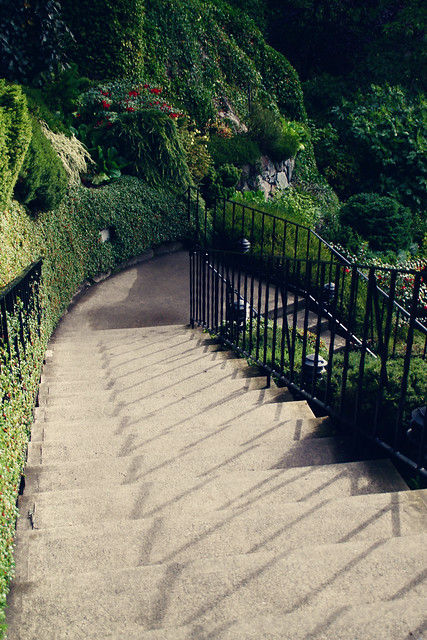 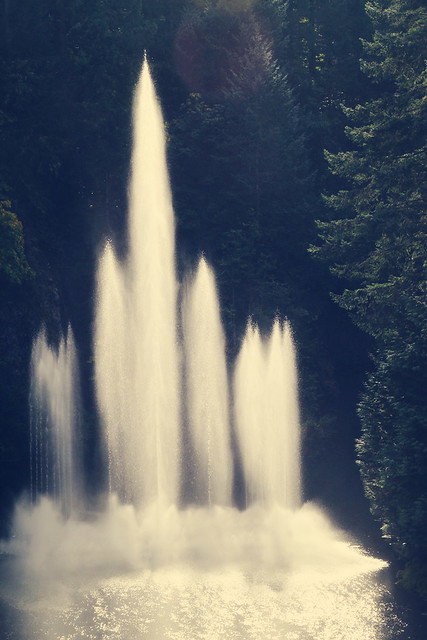 Above photo: stairs going down to the Sunken garden and the Ross fountain which was installed in 1964 to commemorate the Garden’s 60th year, which when calculated brings us to 1904 as its founding year. To this day, the Butchart Gardens is 108-years-old, is owned by Robin Clarke, great grand daughter of Jennie Butchart and receives a million visitors a year. 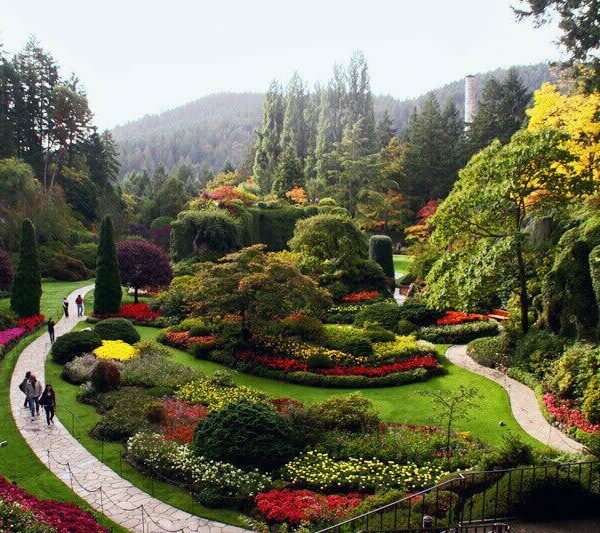 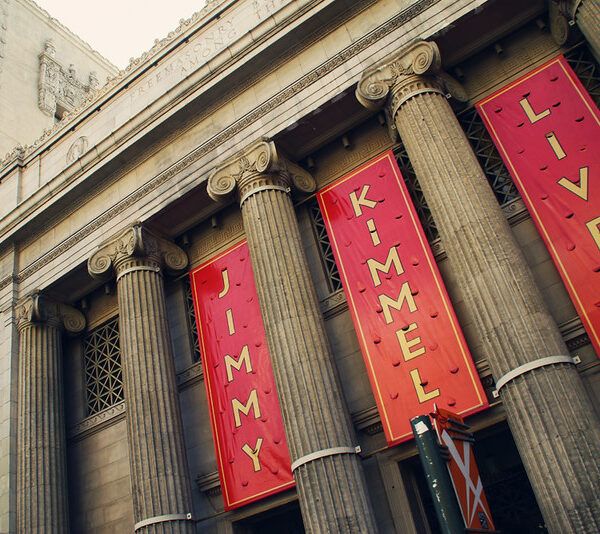