Craigdarroch Castle — people fascinated with castles and those who have interest in interiors would find this castle a treasure trove of many wonderful displays. The Scottish Baronial design of the castle combines various elements from architectural styles. The historic Victorian-era mansion has 39 rooms and over 20,000 square feet (1,900 m2). It will take about an hour to explore the castle, all four floors while stopping and viewing the rooms on display. The rooms vary and one can easily notice that the Victorian inspired display also resemble French furniture featured at the www.thefurnituremarket.co.uk website. Going up the famous 87 stairs of the castle could be exhausting but the panoramic view from the tower of Victoria and snow-capped mountains is so worth it, it would make one want to stay. The castle has been since designated as a National Historic Site of Canada and over the years attracts thousands of tourists.

Looking back, the castle has a rather curious history and has been a venue for many purposes. From the 1890s, the castle served as a family residence for the wealthy coal baron Robert Dunsmuir and his wife Joan. When Robert Dunsmuir died it was made use of as a Military Hospital, starting in 1919 until 1921. The following years, it became home to the Victoria College (1921-1946), the Victoria School Board Office (1946-1968) and the Victoria Conservatory of Music (1969-1979). Today it is a museum and a major attraction in Victoria.

The detailed work of art on doorways, window panes show how extensively artisans spent their time beautifying the place. Another feature of the castle worth noting are the stained glass windows. They are so notable that the Institute for stained glass in Canada has documented them.

Step back in time as you view how the rich and famous lived back in the days.  A visit to Craigdarroch reminded me of Vienna’s Schönbrunn Palace albeit more detailed, I’d say they’re comparable enough even though the castles were built thousand of years apart.

photo credits and thanks to  my husband 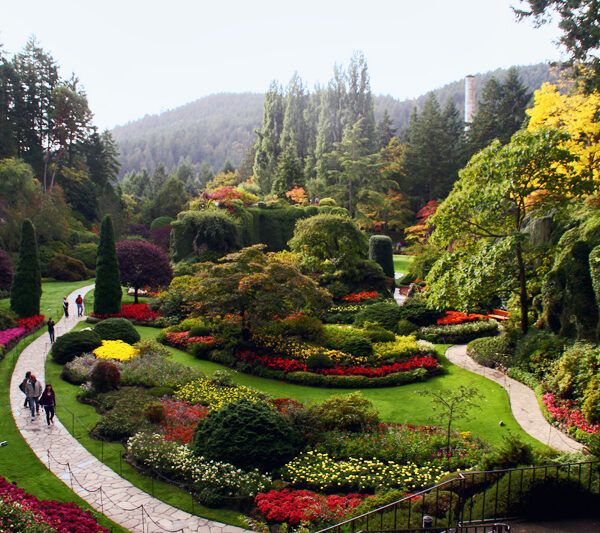